by Andrea Hambly., Olympia, Washington on May 14, 2014 in Craniosacral Therapy

Sacroiliac joint pain can be excruciating, especially when bending over or standing up, something we do numerous times each day.

The bones of the pelvic girdle are held together by connective tissue. 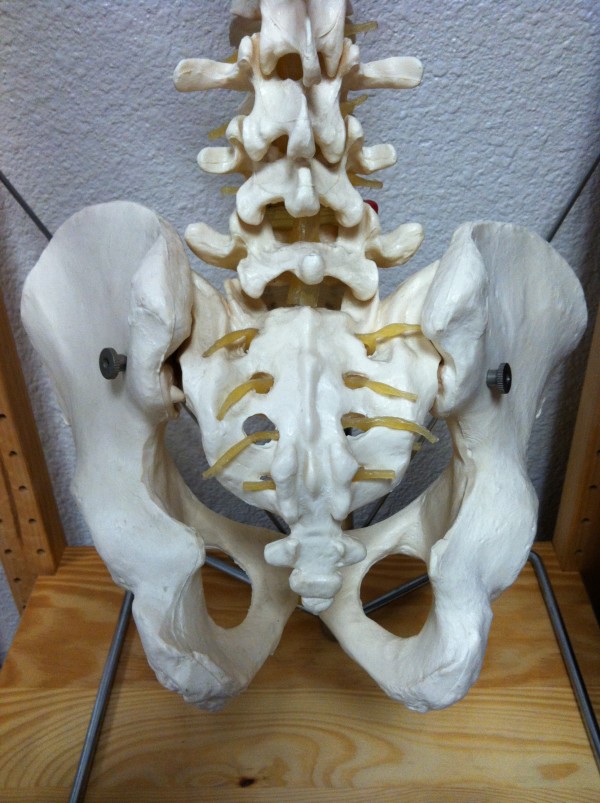 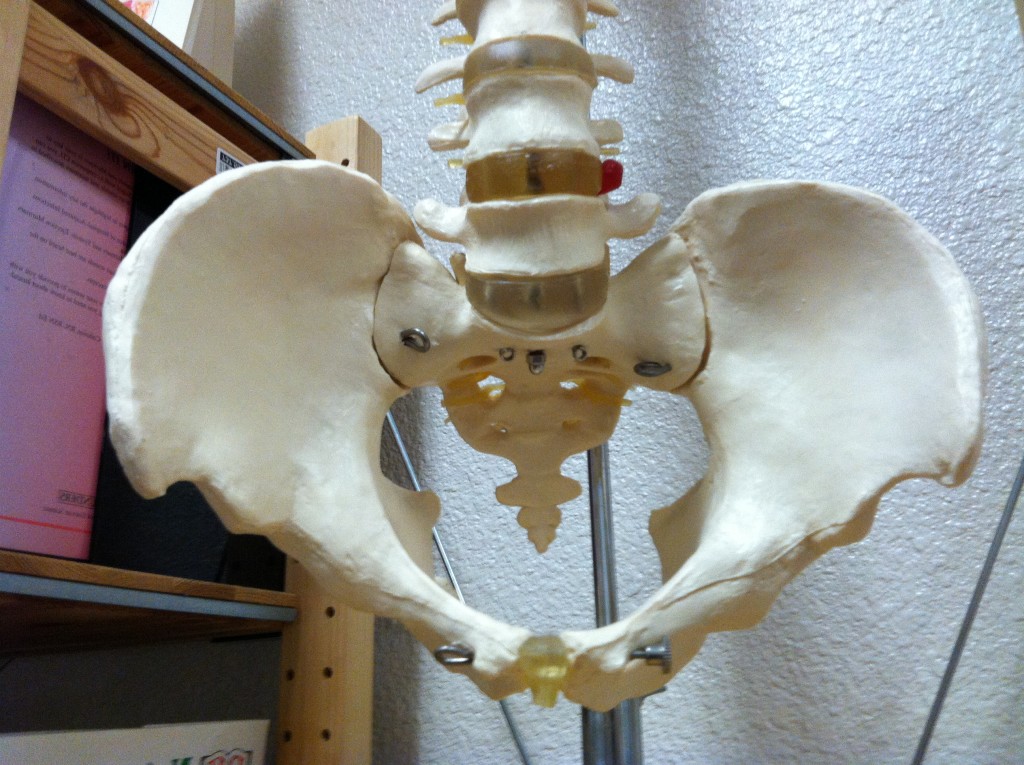 The pelvic girdle consists of the two hip bones, that are connected in the back by the sacrum and at the front by the pubic symphysis.  Each hip bone has three parts:  the ilium (commonly referred to as the hip and looks like an elephant ear), the ischium (seat bones), and the pubis in the front.

The two ilia connect with the sacrum via a joint on either side of the sacrum, called the sacroiliac joint. In the front they connect at their pubic ends via a fibrous joint, the pubic symphysis.

The entire girdle is held together by lots of connective tissue in the form of ligaments primarily, and stabilized by the balanced actions of the muscles of the trunk as well as the buttock and thigh muscles.

These muscles act on the pelvis via their tendons which attach primarily to the pelvic rim (the rounded edge of the hip bones), sacrum, seat bones (ischial tuberosities), and pubic bones. 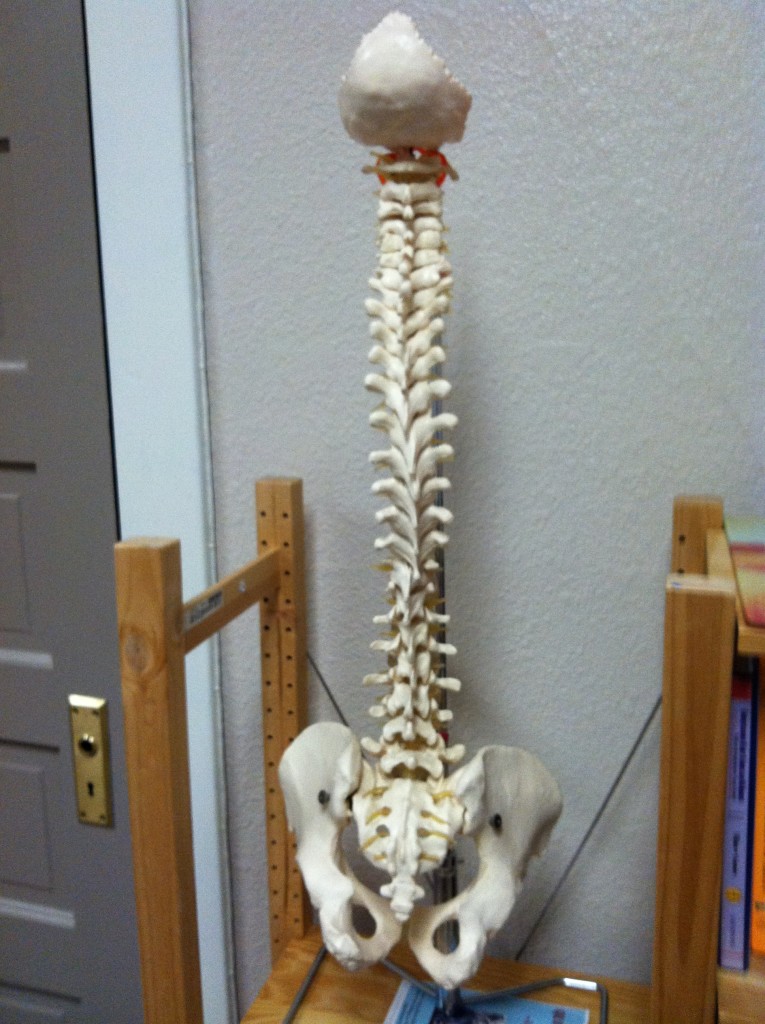 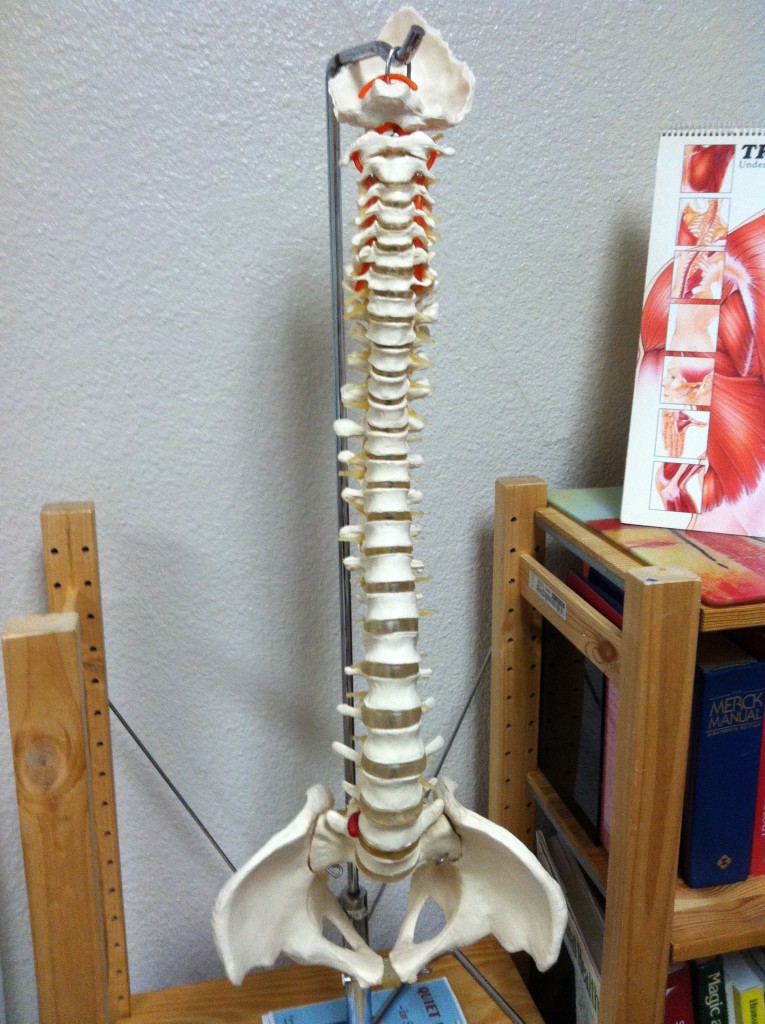 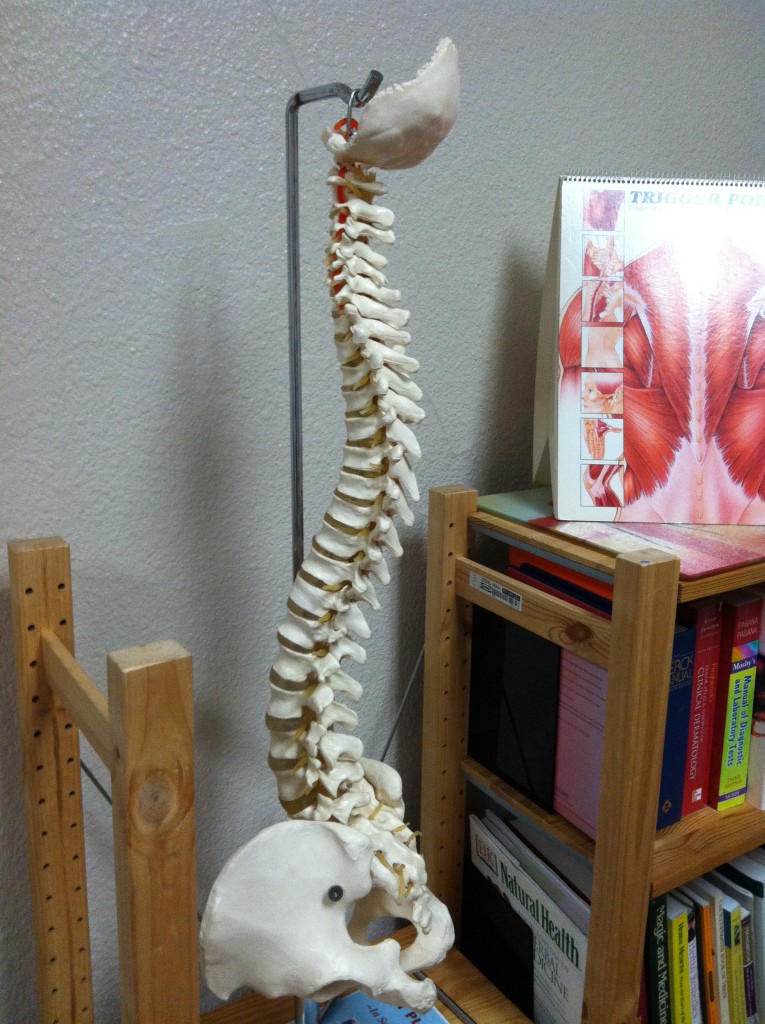 The sacrum at the bottom of the spine is a pivotal bone in our body as it forms the center piece of the pelvic girdle.  Its ability to rock forward and backward, wiggle from side to side, and do a figure eight motion, allows us to bend forward and down, get back up, walk, run, dance, jump, and move through space with grace and ease.

Connective tissue (ligaments, tendons, fascia) restrictions cause pelvic misalignment and put a damper on all these motions and our enjoyment of life as well.

How does the pelvic girdle become misaligned?

Trauma to the spine, pelvis, or legs creates distortion in the fascia, ligaments and tendons of the pelvis resulting in misalignment to the pelvic girdle. Since the sacrum is the center piece in this girdle, it often becomes tilted and locked up.  Inflammation at first, and chronic pain in the long run, are often the result.

Below are a few examples of how the pelvic girdle can become misaligned and the sacrum locked up around the sacroiliac joints which connect it with the big hip bones (ilia).

Other diverse activities, such as bringing in the fruit or vegetable harvest, operating heavy equipment, sitting all day in front of a desk, or standing all day at work often result in low back and/or sacroiliac joint pain.

A misaligned pelvic girdle results in a narrowing of the joint space at one or both sacroiliac joints, leading to friction between the sacrum and the ilium (hipbone) and resulting in stiffness and pain.

Pain in any joint indicates that there is inflammation in the joint.  The body is trying to deal with the stress by sending out stress signals such as pain, heat, and swelling, while it is trying to shore up the area of injury or strain.  Over time, the cartilage which covers the bones where they articulate (form joints) becomes worn down, and the bones start grinding on each other, followed by osteoarthritis.  With the cartilage gone, the body has lost its natural shock absorber.

Now the pain becomes excruciating and unrelenting with each movement around the sacroiliac joint.  Moreover, the bones start to harden (sclerose) and form osteophytes (bone spurs) in response to the friction between them.

Misalignment of the pelvic girdle may lead to hip and knee pain.

The restricted and unbalanced motion of the pelvis creates stresses on the hip and knee joints as well, often causing pain and impaired movement in those joints.  The unbalanced use of the hip and knee joints may cause chronic inflammation and erosion of the joint cartilage, followed by osteoarthritis and erosion of actual bone.  Hip or knee joint replacement may be the ultimate fate.  The key is to restore balanced motion around the pelvic girdle to avoid more serious outcomes, such as surgery.

Craniosacral therapy and energetic unwinding can help to restore balance to the pelvic girdle.

Craniosacral therapy and energetic unwinding of the spine, joints & muscles gently help the pelvis to become realigned by helping the body to release the distortions embedded in the ligaments and tendons from the injuries.  Pain in the sacroiliac joints and elsewhere decreases or disappears all together, and movement becomes easier and more comfortable.

Craniosacral therapy and energetic unwinding can help the body to recover from acute injuries and avoid chronic distortion and restrictions in the ligaments and tendons.

Craniosacral therapy and energetic unwinding can also help the body to release chronic distortion and restrictions in the ligaments and tendons, even after many years of chronic pain.